According to the Grove Music Online the term “album” “was first applied to a collection of 78 RPM discs used to record a long work, such as a symphony, that would not fit onto a single disc; these collections were presented in a format resembling a family album, although containing sleeves for discs rather than pages for photographs. The term was later adopted for long-playing records of over 30 minutes of music, and later again also denoted the aesthetic qualities of the music contained within,” (Buckley, 2001).

What this article doesn’t account for is what the album can do to us, the listener. The right album heard at the right time can change your life. A series of albums can define an era. Both instances can make returning to the sacred object of an album feel like returning home, with familiar melodies and lyrics there to welcome you with open arms and warmth. There is beauty in the ritual of selecting your favorite album off a shelf, staring at the album artwork that you’ve likely burned into your memory, and carefully positioning the needle on a record, or pressing play on a stereo. With the rise of mobile technology and streaming, it is so comforting to know that whenever you may need that long lost friend you can pull it out of the Cloud and instantly you are not alone.

Beyond an album feeling like home, it can be a magic door that transports me back to various points in my life. I can put on Jim Lockey’s Death and I’m back in the first row of the Barfly in Camden 2012, watching them perform in awe for the first time. I can put on Oxygen Thief’s The Half-Life of Facts and suddenly I’m in various homes around America’s North East watching Barry perform during our skiffle tour of 2014. Will Varley’s Postcards From Ursa Minor brings me back to a cruise ship sailing around the Caribbean, wandering from cabin to cabin watching him perform for salty dogs. Skinny Lister’s Down On Deptford Broadway brings me to non-descript venues around America and the UK, where I’m buzzed and waltzing with strangers and sometimes Lorna herself.

An album that changed my life is Frank Turner’s Love Ire & Song. I first heard it in the springtime of 2009, and when I finally saw him perform the songs from it live at Roseland Ballroom (RIP) in New York City the following July I was hooked. Through loving that album, and that artist, I discovered the world of Xtra Mile Recordings which allowed me to find many more albums I would soon grow to love. I would not be where I am, who I am, doing what I do right now if not for that album reaching my ears almost a decade ago. In May 2018, Frank treated audiences to a full album show during Lost Evenings Festival. As I sat far up in the balcony of the Roundhouse, in a row with some dear friends next to me, I was moved to tears during Frank’s performance of “I Knew Prufrock Before He Got Famous”. As I sang along the weight of the song and the evening and the past nine years hit me like a ton of bricks. How else was I supposed to react when the crowd was so loud it muted Frank, coupled with the fog and lights scanning the room? Screaming along to “we won’t change our ways, we will proud remain when the glory fades, when the glory fades” made the following words catch in my throat. I was simultaneously at home, back in 2009, in my room alone listening to this song – the opening track of Love Ire & Song – unaware of how much it would change everything and also there in the present, at the Roundhouse, with people I loved who loved the music just as much as I did, who would also remain if the glory ever faded. It was too much to handle in the moment and still, in hindsight, is a bit too much to think about. It forms a lump in my throat even now thinking about it.

It is so fitting that the modern album as we know it got that name because it physically resembled a photo album. Albums are everything I have already said they are, but they are snapshots, too. My record collection is a walk through my past, and it doesn’t matter if I’m scrolling through saved albums on Spotify or physically flicking through my vinyl, what matters is I can see and touch my past in a way that requires no video or photos. I just need to hear those songs and I’m already there. 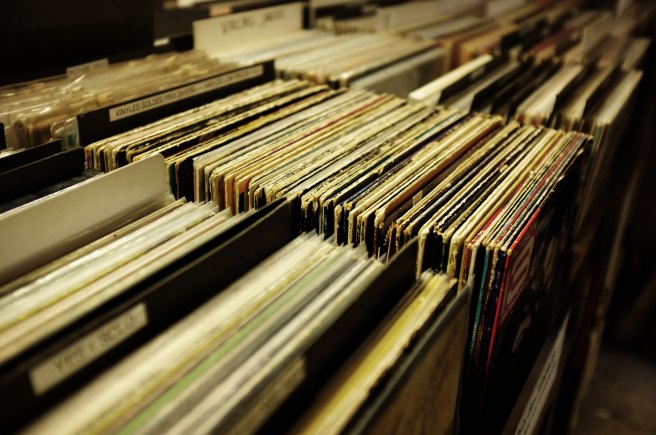 If you enjoyed this, why not fuel my next piece of writing by buying me a cup a coffee?